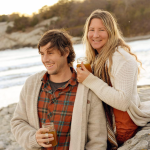 Jahmu™ is an instant turmeric and ginger chai tea inspired by a traditional Indonesian elixir and the ancient Indian healing beverage golden milk, a staple of Ayurvedic medicine. Jahmu PBC offers seven organic mix varieties: Jahmu Caffeine Free Turmeric Chai™, Jahmu With Caffeine Turmeric Chai™, Jahmu Lightly Sweetened Turmeric Chai™, instant Golden Milk, instant Vegan Golden Milk, Matchai™, and Chocolate Chai. Our newest creation is organic Turmeric-Ginger Extract which is ideal for the summer because it dissolves instantly in cold drinks. The mission of Jahmu PBC is to spread the awareness and availability of turmeric, ginger, and other anti-inflammatory, healing foods through the production and distribution of turmeric-ginger spice blends and tea mixes. Our goal is to improve people’s lives by making the conscious consumption of Jahmu part of everyone’s daily routine.

9oz of Jahmu Golden Milk mix; makes 20-30 servings of creamy and delicious Golden Milk. Golden Milk is an organic ginger-turmeric instant chai tea mix. Inspired by the ancient Ayruvedic beverage golden milk, Jessica crafted Instant Golden Milk. This mix is a great alternative to making Golden Milk from raw ingredients because powdered ginger and turmeric actually have a higher concentration of vitamins and nutrients than their fresh counterparts. It is also much faster to make golden milk by adding a spoonful of this mix to hot water than it is to prepare traditional Golden Milk which involves peeling, grating, blending, and boiling fresh turmeric and then adding sweetener and milk.

There are no reviews yet.

Be the first to review “Golden Milk” Cancel reply

No ratings have been submitted for this product yet.

Walter Filkins grew up on Block Island and in 2013 began helping his sister, Jessica Filkins, sell turmeric-ginger lemonade at the Block Island Farmers’ Market. In 2014 they founded Jahmu PBC – a public benefit corporation with the mission to help people get more turmeric, ginger and healthy foods into their diets. In 2015 they built a commercial kitchen in North Kingstown, RI. In 2017 Jahmu PBC received its USDA Organic Certification and became one of only 2000 certified benefit companies.

Are you an artist? Are you into crafting?

Contact us about becoming a vendor on Block Island Marketplace.